Columbus Chill Drive to the NHL 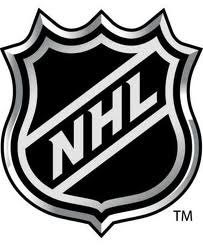 From an almost accidental beginning in Ohio’s capital in 1991, the double-A East Coast Hockey League franchise altered a city in a way that no team elsewhere can claim by transforming a hardcore college football town into a burgeoning major-league metropolis.
Just after exploding on the local sports scene the Chill directly placed on the table the discussion of a Downtown arena and championed the issue until action was taken. The Chill’s box office success caught the eye of iconic NFL owner Lamar Hunt and influenced his decision to bring Major League Soccer to town and later join the National Hockey League expansion conversation.
The Chill organization was an integral part of the process from start to finish. The result was a major redevelopment of a once blighted area that as the decade turned to 2010 now generates nearly $2 billion in sales and $60 million in tax revenue annually.
Today, sports and entertainment thrive in Columbus’ downtown Arena District in the form of the NHL Blue Jackets at Nationwide Arena, the baseball Clippers of the International League at Huntington Park and an indoor-outdoor amphitheatre. Each of these venues can trace their roots to the influence of the Chill.
With one eye on the long term viability of the sport, the Chill became the first minor league hockey team to build its own practice facility – The Chiller in Dublin in 1993 and expand its ice-skating brand to another dual sheet complex in Easton in 1997.
They were the cornerstones ensuring enormous participation in the sport, established connections in affluent communities and guaranteed hockey’s influence on future generations of Columbus sports fans.
In the ensuing years the Chillers produced Division I collegiate hockey players, NHL draftees and figure skating champions.
Sure, the Chill created a rabid fan base but more importantly the franchise leveraged its credibility to convince Columbus it could indeed be a major league city and that hockey was the conduit to the big stage.
In the early years, there was one key incident that threatened the existence of the franchise. Yet, that adversity was spun into pure gold. The Chill brain trust seized upon a scheduling snafu before the second season to bring the idea of an arena for an NHL expansion team to the forefront in the minds of the political and financial titans in Columbus.
In June 1997, less than six short years of the Chill’s creation, Columbus was awarded that NHL franchise.

September 4, 1992
Columbus Dispatch reports a major conflict over Chill home playing dates, left unresolved by ousted Fairgrounds manager Billy Inmon. The problem places the Chill’s 1992-93 hockey season in jeopardy. Chill officials called upon their fans to voice their displeasure to government officials and the media. The fans respond by in full force with calls and letters. Reportedly more than 400 letters were received at the Columbus Dispatch alone. Chill President and General Manager David Paitson visits with Columbus Mayor Greg Lashutka who offers to assist in solving the dilemma.
September 10, 1992
With public outrage ignited and the scheduling fiasco still an open issue, Mayor Lashutka announces his intention to form a “Citizens Commission.” Columbus developer Ron Pizzuti, former OSU basketball star and television analyst Bill Hosket and Guy Cole a federal judge on the U.S. Court of Appeals for the Sixth Circuit are appointed to study “how and where a sports/civic arena might be built in Columbus.”
September 14, 1992
New Fairgrounds General Manager Mark List announces an agreement to resolve the scheduling. Three events – Dispatch Sport, Vacation and Travel Show, the Buckeye Gymnastics Classic, and the Scott Antique Market – shift dates or venues to make way for the Chill dates.
December 14, 1994
More than two years after the Coliseum scheduling fiasco, and a year after the formation of Mayor Lashutka’s Citizens Commission, a downtown arena feasibility study from the Chamber of Commerce is unveiled. The plans are introduced by Chamber President Jonathan York and Citizens Commission leader Ron Pizzuti. The study states that with the Chill as the main tenant, the facility would break even financially. Chill president David Paitson is a featured speaker at the press conference and endorses the facility and verbally commits the Chill to play in the proposed arena.
March 29, 1995
Franklin County joins the city of Columbus in the arena and stadium efforts. The Multi-Purpose & Sports Facility Work Group is formed by Mayor Lashutka, the Franklin County Commissioners, Chamber of Commerce and the Franklin County Convention Facilities Authority. Two representatives from each entity are appointed to the 10-person work group – with two private businessmen included in the group. They are: Doug Kridler of the Columbus Association for the Performing Arts (CAPA) and David Paitson, President and General Manager for the Columbus Chill.
April 1995
Due to a conflict of dates the Chill must play their first round playoff series at Troy Arena in Dayton, Ohio. It would be the first of several instances where the Chill would be displaced from the Coliseum for home playoff dates.
Winter, 1996
National Hockey League notifies leaders of various cities that the league would be adding several franchises. When the mayor of Columbus was contacted, he in turn contacted John H. McConnell and Ronald Pizzuti. Pizzuti contacted several other people, including Lamar Hunt, and a consortium of groups formed an LLC, Columbus Hockey Limited (CHL) for the purpose of obtaining a franchise for Columbus. Each member of CHL contributed part of the $100,000 application fee for the franchise.
June 28, 1996
Seven representatives from Columbus including Chill President and General Manager David Paitson meet with NHL Commissioner Gary Bettman in New York to discuss expansion.
October 25, 1996
Columbus Mayor Greg Lashuta tells the Columbus Dispatch “It would be very helpful to us to have an NHL expansion team being awarded, but I don’t think it is fatal (to the arena issue) if that doesn’t happen. We’ve already shown that the economics of the arena work as an entertainment facility and with the Chill.”
November 1, 1996
Chill open seventh home season in front of a sellout crowd of 5,800. The same day a Columbus NHL expansion application is submitted.
April 2, 1997
Due to conflicts with the Ohio Expo Center the Chill are forced to play their home playoff games at the Nutter Center in Dayton. Only one month before the infamous Issue One vote, the controversy ignites Columbus’s dire need for another facility to host sporting events.
April, 1997
The Chill and Columbus Blue Jackets owner John McConnell join forces and sign a deal to build a second Chiller in the Easton Market area.
May 6, 1997
In a monumental defeat, Issue One fails at the ballot box by 12 points. The loss seemingly ends any hope of Columbus receiving an NHL expansion franchise.
May 9, 1997
In the days that followed the defeat of Issue One, NHL commissioner Gary Bettman reaches out to Columbus Mayor Greg Lashutka giving Columbus a June 4th deadline to provide an alternative proposal. Dimon McFerson of Nationwide Insurance meets with Lamar Hunt to discuss the possibility of privately building the arena. At that point, the Columbus franchise was to be owned by Hunt with several local investors including John H. McConnell, John Wolfe and Ron Pizzuti.
May 30, 1997
Lamar Hunt rejects several leasing proposals by Nationwide for the new facility. When a deal seemed to be in jeopardy, Nationwide, who was committed to building the arena privately, contacted McConnell to see if he would personally move forward on a deal if Hunt would not. Hunt did not respond to Nationwide’s deadline of May 30th. With the NHL’s June 4th deadline looming Nationwide notified the NHL that McConnell would apply as the principal owner representing Columbus’s request for an expansion franchise.
June 2, 1997
Nationwide Mutual Insurance Cos. unveiled plans to privately finance a $125 million Downtown arena. 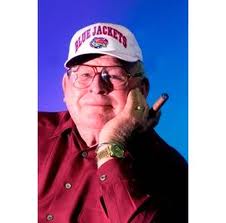